Residence under tax treaties and burden of proof

In a decision dated 26 November 2019 (no. 418593), the French Conseil d’Etat says there is no need to adjudicate the case given the full tax rebate pronounced by the Minister during the proceedings. In this case, in which employees were recruited abroad to work in France, the tax authorities had reinstated additional remuneration that they intended to subject to the withholding tax provided for in Article 182 A of the French tax code.
Frenkel & Associés argued, in particular, that although the tax authorities considered, on the basis of the tax treaties, that the employees were foreign residents, they had never attempted to establish – for example, by resorting to international administrative assistance – that those employees, who were domiciled in France for tax purposes because they carried on a non-ancillary professional activity, were in fact subject to tax in their country of origin. Frenkel & Associés deduced from this that in application of the LHV case-law of the French Conseil d’Etat (November 9, 2015, no. 370054), the administration could not rely on the provisions of the tax treaty.

The right to short statute of limitations

At the end of 2018, the Cabinet obtained an important decision from the Conseil d’Etat (26 November 2018, No. 421492) on the implementation of the short limitation period applicable to members of an approved association or management centre until it is repealed by the Finance Act for 2015. On this occasion, the Conseil d’Etat specifies that a data entry error made by the administration constitutes a tax error within the meaning of Article L 168 of the LPF. The administration cannot therefore free itself from the temporal limits of its right of return notwithstanding the fact that the establishment of a tax, in accordance with the wording of a taxpayer’s return, does not require the initiation of a contradictory rectification procedure.

The repeal of the 3% tax

On 30 September 2016 the firm, acting for Layher, obtained from the Conseil Constitutionnel a declaration of unconstitutionality regarding the provisions limiting exemption from the additional Corporation Tax (IS) contribution of 3% on dividends and distributions to fiscally consolidated groups. Criticised for their misreading of the principles of equality before the law and before the charges levied by the State, these provisions were specifically depriving French companies owned by foreign companies from benefiting from this exemption, including when the condition of a shareholding of over 95% was met.

This decision represents an important milestone in the litigation that has arisen concerning the 3% contribution. Judging that the negative difference in treatment is not justified either by a difference in situation or by general interest, the decision of 30 September postponed the repeal of the disputed provisions until 1st January 2017. However, it opened up the way for refund claims based on the misreading of international agreements prohibiting discrimination (European Union law, international tax agreements, European Convention on Human Rights) (Cons. const., 30 September 2016, No. 2016-571 QPC). Following this decision, the Government inserted an Article 95 in the 2016 Amending Finance Bill, which provides for the extension of the exemption to all companies with a stake of over 95% in their French subsidiary.

On 29 March 2017, in accordance with the firm’s conclusions, the Conseil d’Etat cancelled the postponement to 1st January 2017 of the repeal of the provisions criticised by the Conseil Constitutionnel in its ruling of 30 September 2016, based on the principle of non-discrimination laid down in the European Convention on Human Rights (n°399506).

The firm also assisted Jeff de Bruges in claiming that the 3% contribution was unconstitutional based on the reverse discrimination that this tax introduced to the detriment of redistributions of dividends from France or from outside the European Union. It also supported the identical QPC (application for a priority preliminary ruling on the issue of constitutionality) submitted by SOPARFI, in order to obtain a solution extending and reinforcing the Layher ruling. The ruling by the Conseil Constitutionnel of 6 October 2017 (n° 2017-660 QPC), which has been particularly highlighted and mediatised, invalidates the 3% tax entirely.

The preferential regime for journalists

For several years, the firm has been dealing with tax disputes involving editorial secretaries from a media group. Having obtained several favourable decisions from the trial and appeal courts, on 27 July 2016 the firm obtained confirmation from the Conseil d’Etat that these employees, involved in creating the information content, can benefit from the income tax system applicable to journalists (CE, 27 July 2016, No. 389297).

The valuation of term receivables

In early 2015, the firm obtained a second favourable ruling from the Conseil Constitutionnel, relating to Article 760, which requires taxpayers to value term debts at their nominal value with regard to inheritance tax and wealth tax (ISF). Valuation at actual value is only possible if the taxpayer is in a state of insolvency (“déconfiture” – an imprecise concept relating to bankruptcy of individuals) or is subject to insolvency proceedings (companies). However, even in such cases, this text states that any sums subsequently recovered above the originally estimated value, in practice sometimes several years later, must be declared and taxed (3rd paragraph). This provision was ruled to be contrary to the principle of equality before charges levied by the State. In its ruling, the Conseil Constitutionnel also clarified the concept of insolvency in favour of the taxpayer. (CC, 15 January 2015, 2014-436 QPC).

At the end of 2012, following drawn-out proceedings, the firm obtained a landmark decision from the Conseil d’Etat concerning the extension of the statute of limitation for alleged profit transfers between French and foreign companies considered as dependent (Art. 57 of the French Tax Code and L 188 A of the Tax Procedure Code).

Article L 188 A of the Tax Procedure Code allows a maximum two-year extension when the authorities have sent an information request to the national authorities in the country to which the French company has allegedly improperly transferred profits.

The Conseil d’Etat ruled that as a derogating measure such an extension of the statute of limitations should be interpreted very strictly. It therefore decided that in the particular case the French authorities had not validly extended the time period in a “triangular” situation in which it had questioned the German authorities on the sale of goods from Germany to a company based in Jersey, which had then sold them to the French company concerned by the proceedings (CE, 28 Dec. 2012, no. 345111, Min vs/ Sté Technipex, RJF 2013, no. 329).

Following this ruling, the Government was required to insert a provision in the Law on tax fraud of 6 December 2013, to hold this principle in check and extend the special time period in Article L 188A to any request sent to a foreign State concerning a taxpayer, regardless of the object of such request.

The opposite evidence versus external signs of wealth

In 2011 the firm obtained a rare decision in favour of the taxpayer from the Constitutional Court, after contesting the taxation system based on ‘external signs of wealth’ pursuant to Article 168 of the Tax Code (CC, 21 January 2011, no. 2010-88 QPC, Boisselier, RJF 2011, no. 482). The most inconsistent aspects of Article 168 were found to be unconstitutional. Essentially, the firm successfully argued that this article could not be interpreted as prohibiting taxpayers from producing evidence that their theoretical income determined by the flat-rate taxation system is incorrect, without violating the principle of equality.

This decision weakens all tax legislation laying down irrebuttable taxable base presumptions. It had an immediate effect on the case law of the Conseil d’Etat, which consequently now permits a taxpayer to produce proof that the amount of tax determined as a result of automatic taxation may be excessive, even when the law (Article L.16, paragraph 3, of the Tax Procedure Code) appears to prohibit this (CE 30 March 2011, no. 334-895, Uy, RJF 2011, no. 678).

It subsequently served as inspiration for the Conseil Constitutionnel, in its ruling of 20 January 2015, regarding operations carried out with Non-Cooperative Countries and Territories (NCCT), which stated that the taxpayer should be authorised to produce evidence that their shareholding in a company incorporated in an NCCT corresponded to actual operations without the purpose or effect of fraudulently domiciling profits in that country (CC, 20 January 2015, AFEP and others, no. 2014-437 QPC). Extended in a decision of 25th November 2016 (n° 2016-598 QPC), this solution directly leads to the formulation of an « interpretive reservation » from the Conseil constitutionnel about the lump-sum basis of article 123 bis of the French Tax Code (CC, 1 March 2017, n° 2016-614 QPC; 6 October 2017, n° 2017-659 QPC), applicable to deemed distributed incomes by entities established in States which do not have an agreement on mutual administrative assistance with France.

The centre of economic interests redefined

In the ‘Caporal’ case in 2010 the firm successfully argued before the Conseil d’Etat that assets which do not generate income cannot be used to characterise a centre of economic interest within the meaning of Article 4B of the Tax Code. This ruling makes a significant contribution to the definition of territoriality criteria for income tax (CE, 27 January 2010, no. 294-784, Caporal, RJF 2010, no. 311).

Freedom of establishment and interest deduction

The ‘Coréal Gestion’ case on European law. The Firm successfully got the ruling of 30 December 2003 (no. 249.047, Sect. RJF 2004, no. 233) was one of the first significant instances of the Conseil d’Etat applying the freedom of establishment to tax matters. The Conseil d’Etat effectively dismissed Article 212-1 of the French Tax Code (as enacted at the time), which limited the deduction of interest paid by a French company to its foreign parent company.

Unlawful evidence and the power to search

Concerning search warrants granted to the tax authorities, Alain Frenkel brought before the Cour de cassation the ‘Michaut’ case that ruled on 27 November 1991 that a court cannot issue a search warrant on the basis of documents produced by the tax authorities that may have been unlawfully obtained (C. Cass. Commercial division, no. 9O-106O7, 90-1O608, 90-1198O, Bull. Civ. 1991 IV no. 363). This principle was then applied by the Court de Cassation in a case involving data stolen from HSBC (C. Cass. Commercial division, 31 January 2012, no 11-13O97). In this way, the Conseil Constitutionnel in its decision of 4 December 2013 (n° 2O13-679 DC) expressed an ‘interpretive reservation’ stating that the administration cannot rely on documents obtained through an administrative or judicial body in conditions then found unlawful by a judge. 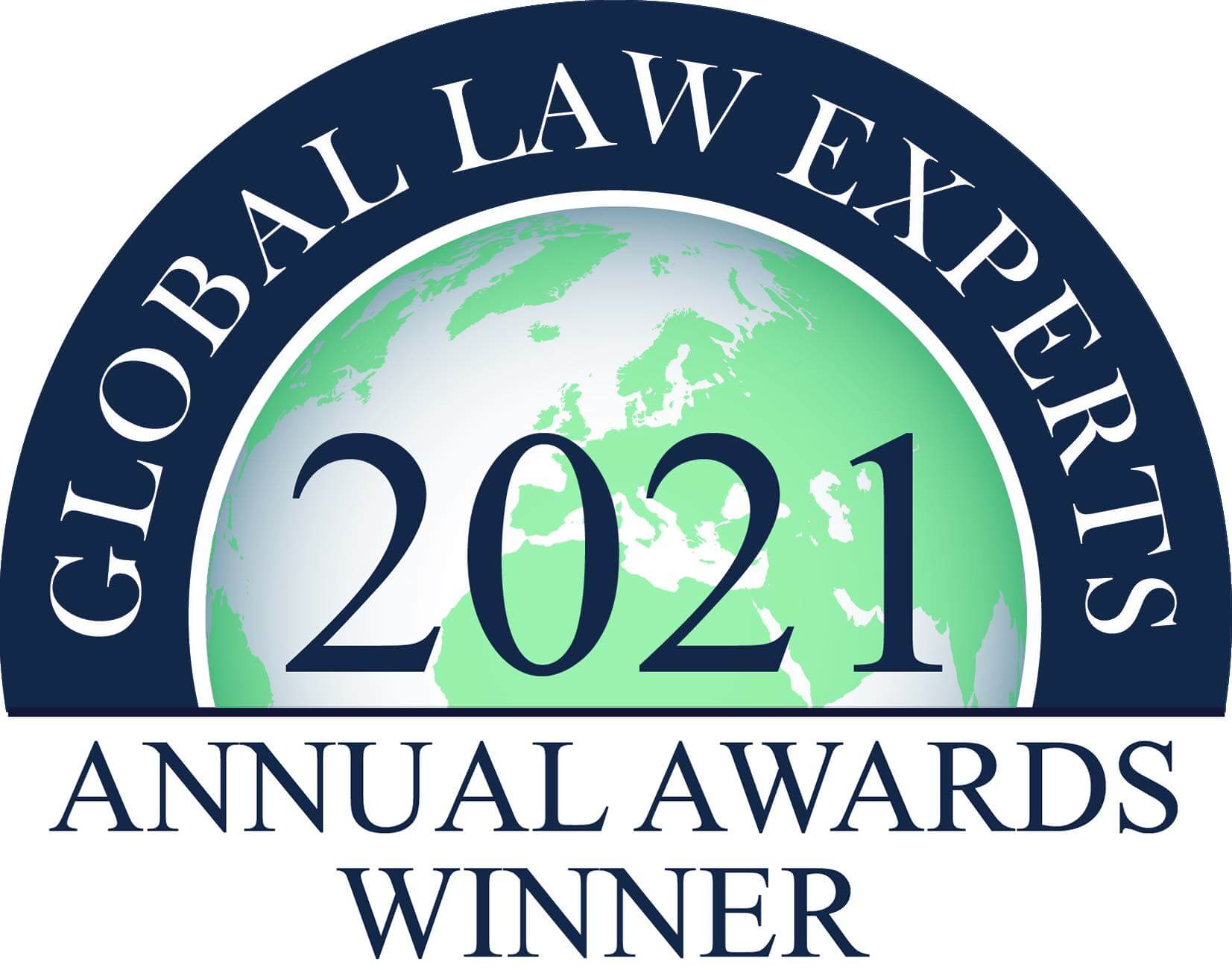 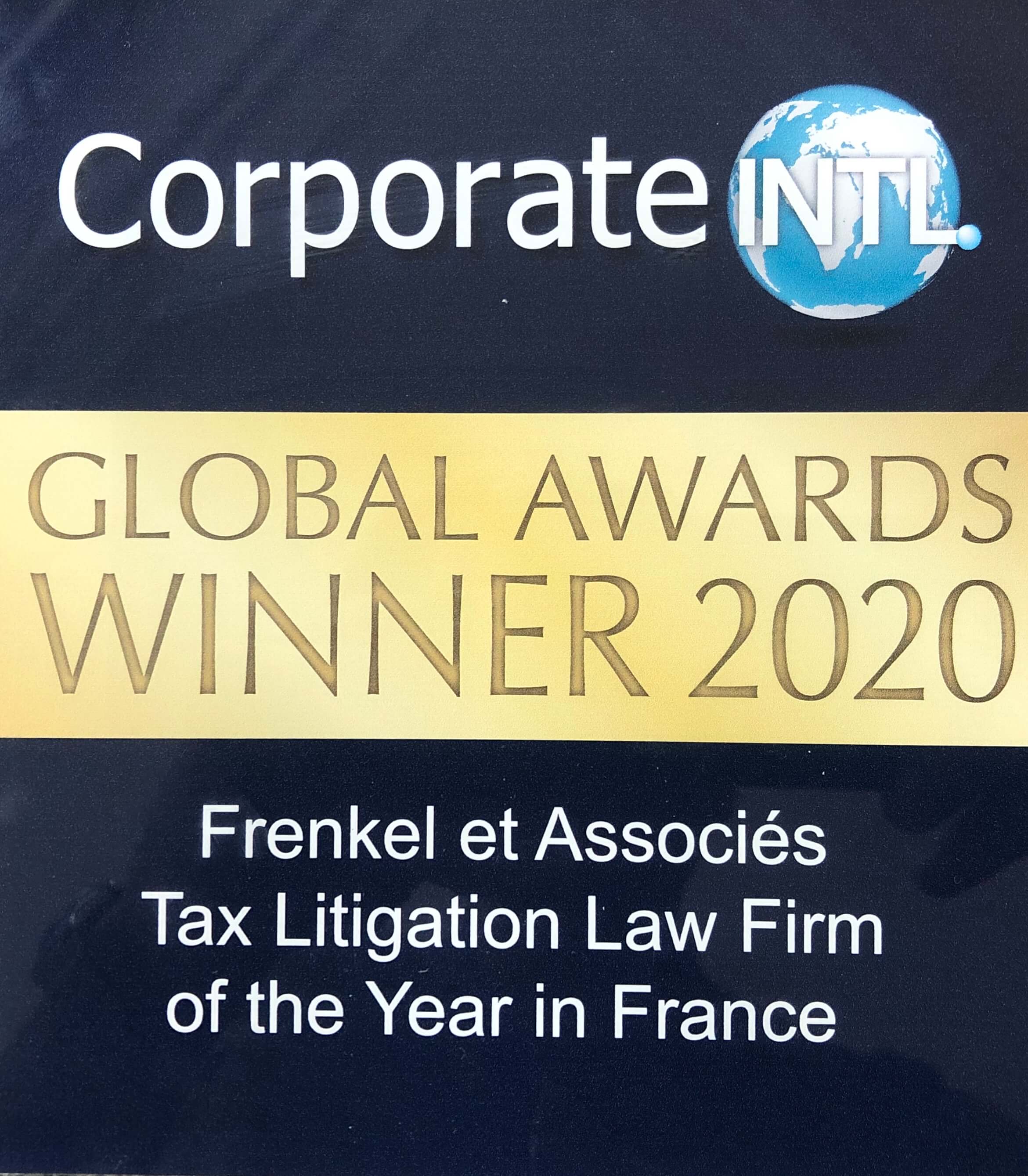